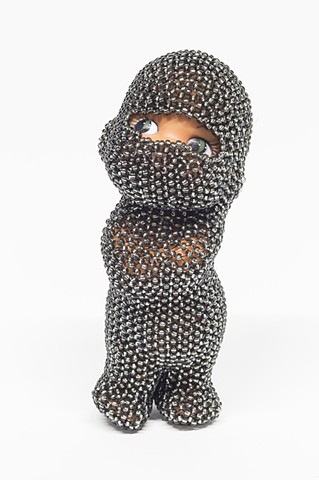 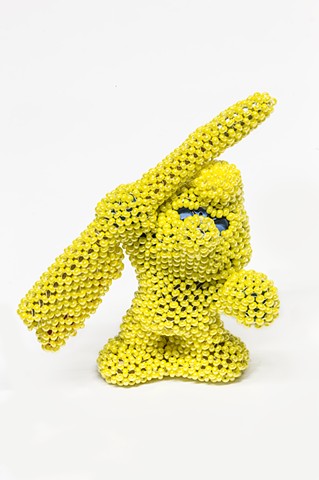 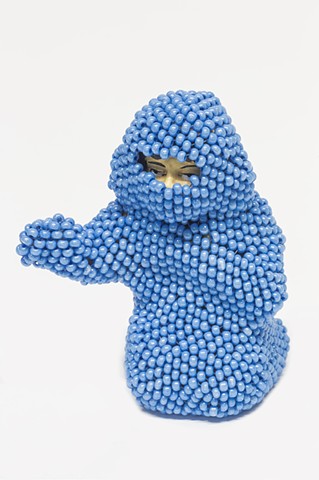 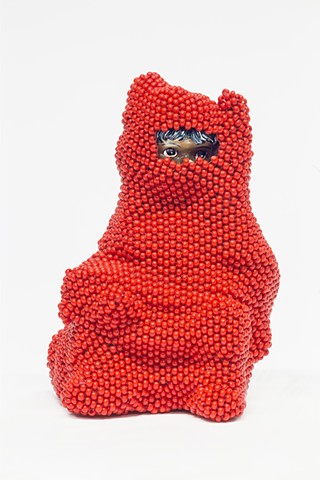 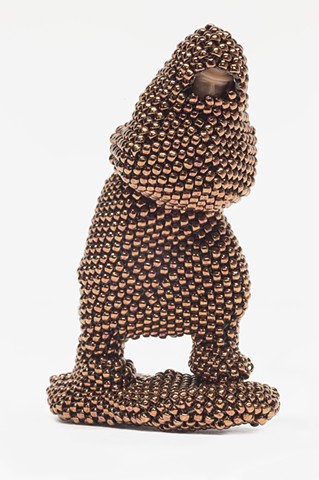 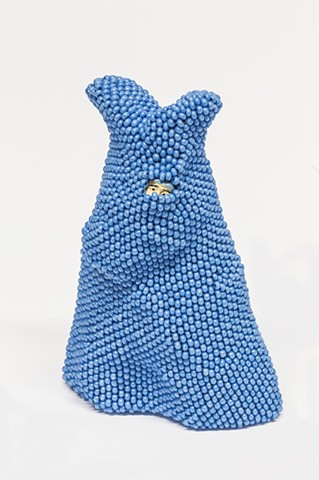 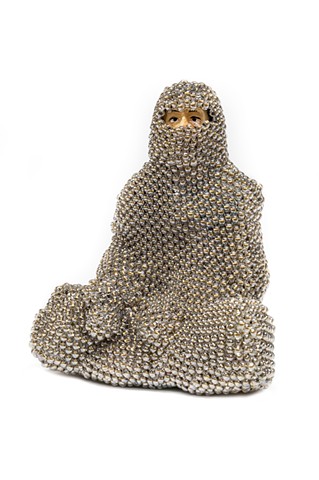 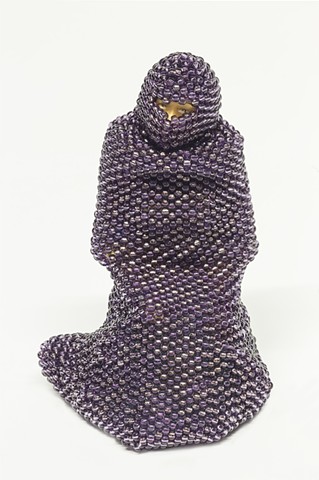 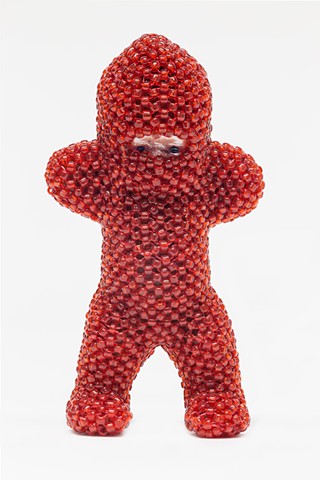 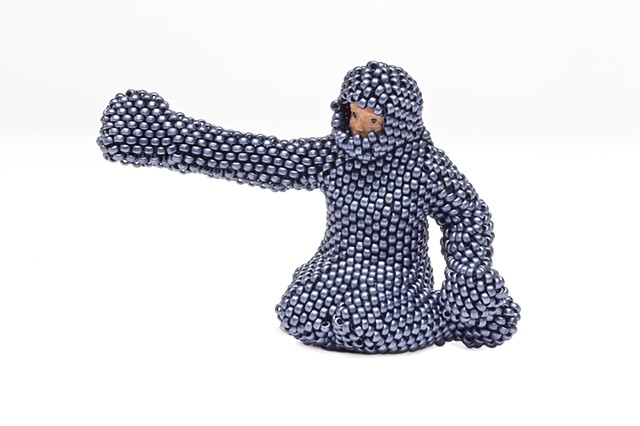 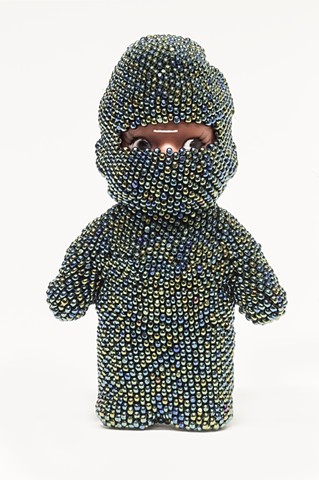 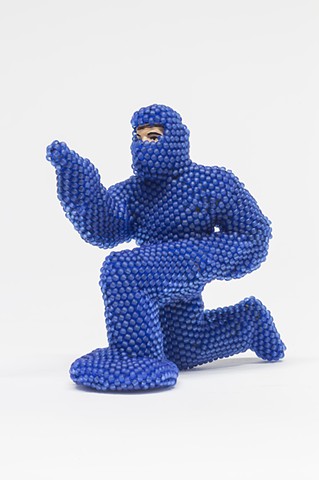 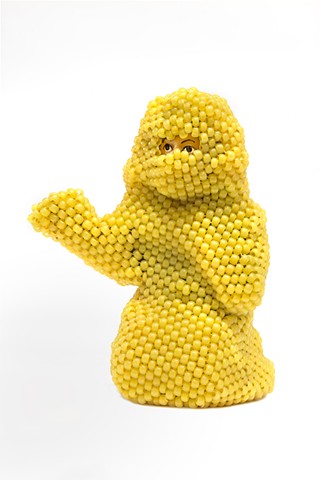 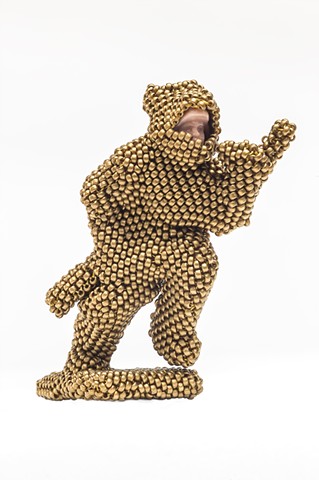 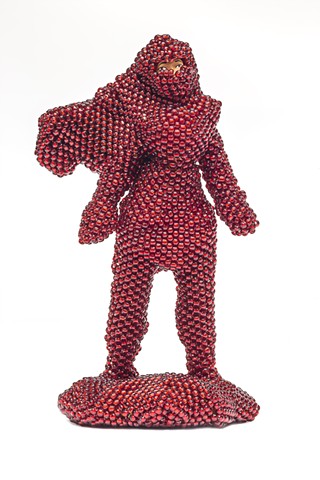 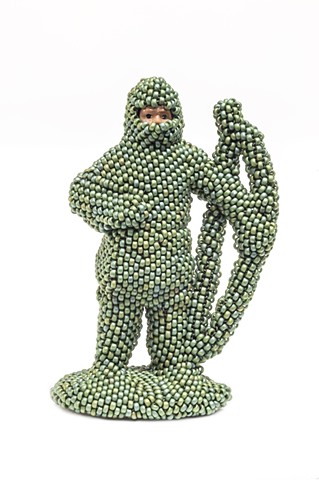 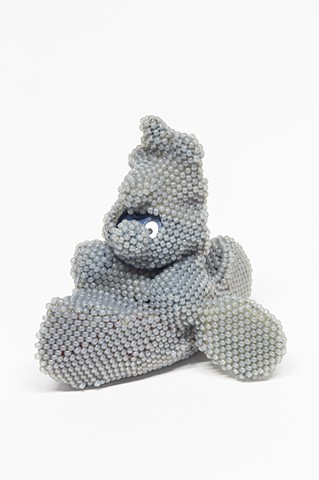 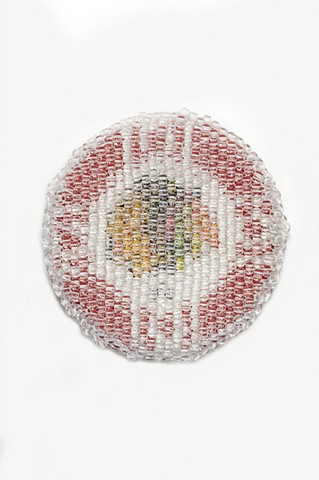 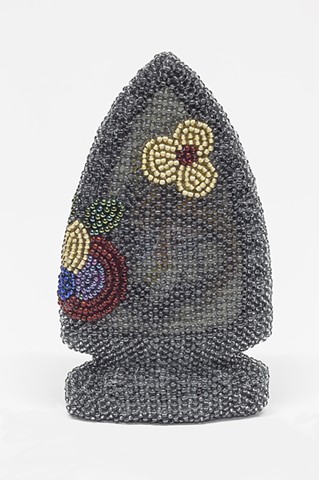 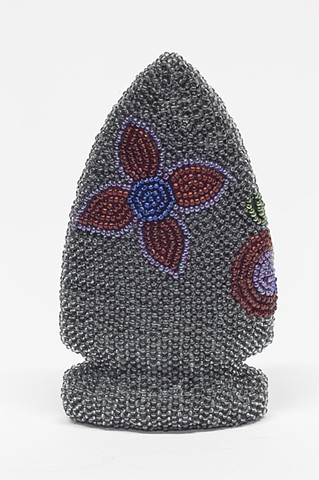 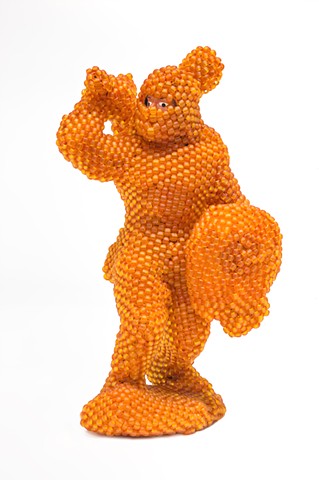 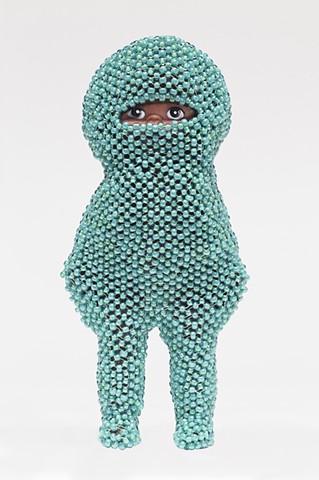 In early 2012 I began beading over small kitsch objects depicting Indigenous North Americans. Having lived with the stereotypes these items convey I thought it might be funny and empowering to take them out of circulation by covering them with beads, my favourite medium. But I discovered that the results tended to be disturbing rather than funny. My sympathy for the little figures often grew until I couldn’t bring myself to cover their eyes. Many gaze out in embarrassment from behind a beaded modesty cover, a plight I hadn’t anticipated.

Later in 2012 one of the works was reproduced at large scale on the title wall of the exhibition, Not So Fast, at the Harbourfront Centre. I realized immediately that photographic enlargement changed the work dramatically, revealing a potentially independent aesthetic life from the beaded objects. At this point I decided to exhibit not only the figures themselves, but enlarged photographs of them as well. I don’t consider the photographs to be simply the documentation of the original objects, but new artworks that I hope are worth contemplating for their own sake.